In January, Governor Inslee declared a state of emergency related to a measles outbreak. As of July 10, there have been 84 cases in Washington state: 71 in Clark County, 10 in King County, two in Pierce County, and one in Snohomish County in 2019. Read more about King County exposure locations on Public Health — Seattle & King County's website.

If you have not received a measles vaccination – one component of the measles, mumps, and rubella (MMR) vaccine – get both doses of the MMR vaccine as soon as possible.

Measles is extremely contagious, even before symptoms appear. The measles virus can live for up to two hours in an airspace where an infected person coughed or sneezed; therefore, a person can contract the disease just by being in a room within two hours of an infected individual.

Most people in King County have immunity to measles through vaccination, so the risk to the general public is low. Public health officials consider those born before 1957 to be protected from measles and therefore do not need the vaccination. The University of Washington’s student measles immunization/immunity requirement increases the campus’ overall protection.

You can find more information about measles and the Washington state outbreak on these public health websites: Centers for Disease Control and Prevention, Washington State Department of Health, and Public Health – Seattle & King County. 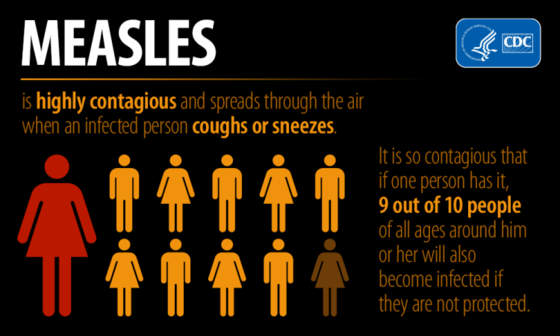 Wear a cloth face covering to protect yourself and others

While keeping a physical distance (at least 6 feet) from other people is our best protection...

The University of Washington Department of Environmental and Occupational Health Sciences (...

Ergonomic tips for your home office

To reduce the risk of injury related to telework activities consider the following ergonomic...

Voluntary respirator use for UW employees