Viral vectors are popular research tools in biological sciences and other fields. They are customizable, allowing for research with different genes of interest in a variety of in vitro and in vivo applications. Viral vectors are used to deliver genes to cells. They can either add a gene (knock-in) to study the function of a particular gene or to delete a gene (knock-down) to study the effects of gene deletion or reduction.

The following table lists the biosafety levels (BSLs) for viral vector systems with and without oncogenic inserts. For RCV testing information, refer to specific information for each vector. Click on the table to access the PDF. 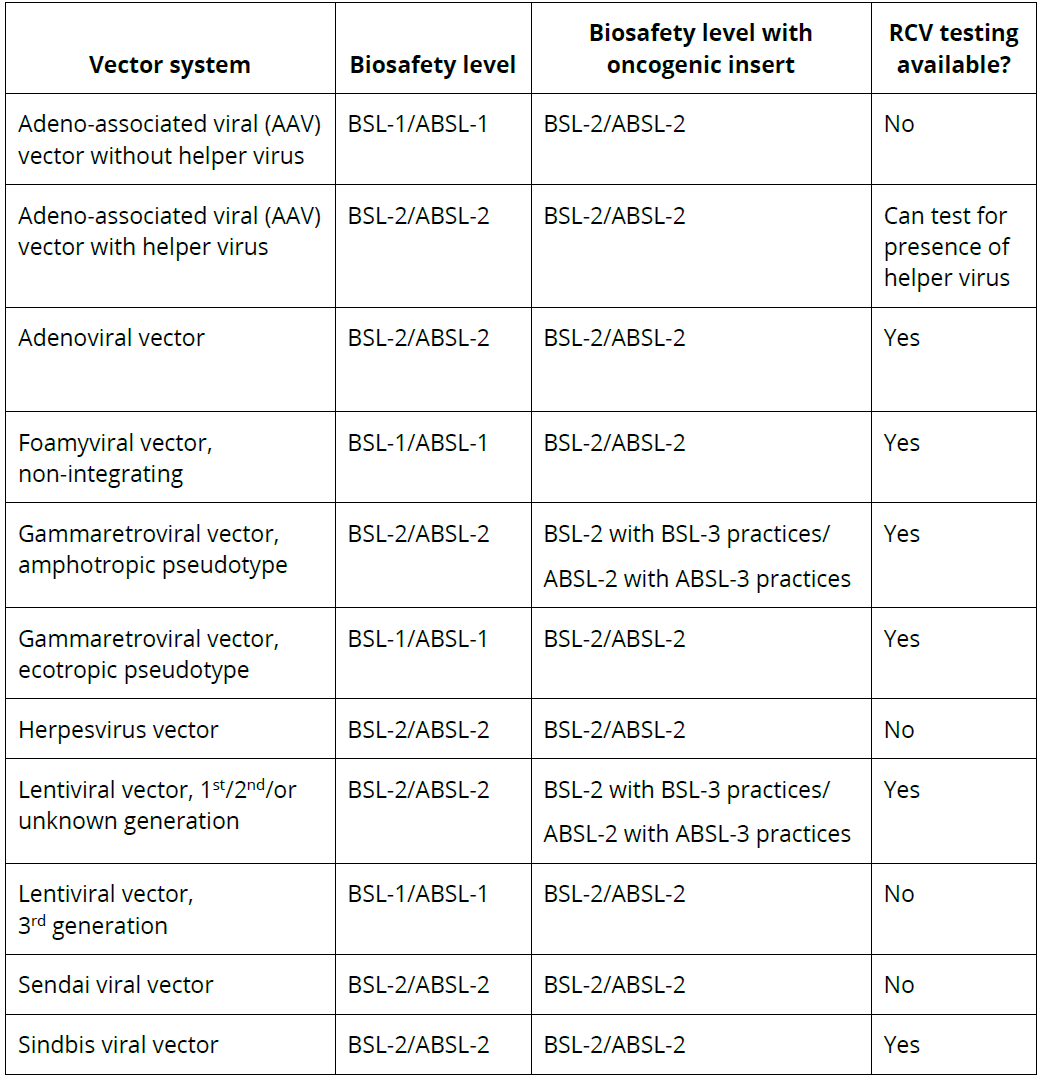 For AAV without helper virus:

For AAV with helper virus:

What you need to know

For most of the commonly used viral vectors, a freshly prepared 1:10 dilution of household bleach is a highly effective disinfectant. You can also choose a disinfectant from Lists C, D or E of the Selected EPA-Registered Disinfectants. These are effective against bloodborne pathogens and will also decontaminate most viral vectors. If you have questions about choosing a disinfectant for your work, please contact EH&S Biological Safety at ehsbio@uw.edu.